50 days. The White Albino heirloom beet comes from Holland. However, beets seem to have originated in the Mediterranean region, where people grew them for thousands of years. Later, beets grew in Germany and Holland and were used as cattle fodder; they were later imported to England for this purpose, but the poor began to raise them for an affordable food source. American colonists later brought them to the New World, where they became a commonly enjoyed food both for their roots and their greens.

Direct sow: Late April to mid-July. Optimal soil temperature: 10-26°C. Seeds will germinate in 5-12 days. Beets will not produce roots if planted when the soil is too cold.

Harvest at any size,  for the best flavor, pull the beets as soon as they have reached full-size.

Beetroot are delicious and very easily grown vegetables. From just two sowings you can get 8 months supply of roots. They do not suffer from any pests and diseases. The secret is to avoid any growth check otherwise the plants may bolt or become woody. If you haven’t eaten home-grown beetroot yet you will be in for a treat.

Be the first to review “Beetroot White Albino” Cancel reply 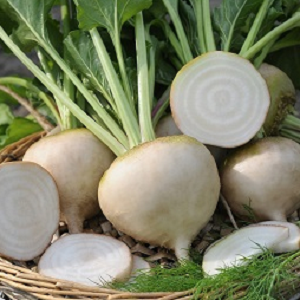