Spectacular and interesting large flowers, make super, long-lasting cut flowers. Aster is a garden plant that blooms in late summer and autumn. The name Aster comes from the Latin word Aster – star, which refers to the star-shaped appearance of the flower. It originates from China and Japan, where it is still found in wild forms. Aster is an annual herbaceous, shrubby plant. It has a very pleasant smell when the stem breaks or when watered. The stem is long, strong with a branched shrub pyramidal or spherical shape. According to the height, there are high varieties – about 80 cm, medium-high – about 50 cm and low varieties – about 30 cm. Aster blooms in late summer and autumn, but there are also some varieties that bloom in May. Unlike other flowers, the aster does not elongate in the sun, retains its beautiful spherical shape, but also tolerates partial shade. It thrives best on the southern sides. Aster is best suited to medium-heavy, sandy soil, but also ordinary garden loose fertile soil. If a period of drought and a period of moisture is applied during watering, the growth of the plant will be stimulated. It is watered regularly, and during the summer, when the heat is greatest, it should be watered more carefully. If slow-dissolving fertilizer is added when planting asters, it should not be fertilized until April. In April, you can start feeding with a water-soluble fertilizer, once in 15 days until August. Aster that blooms in autumn should be planted in early spring and the one for spring flowering in autumn. It should be planted immediately after purchase in well-drained soil, or substrate in a planter or pot. If it is planted in the garden, some peat and slow-dissolving fertilizer should be added. Aster is easily propagated by an underground tree from which it will expel more new shoots. Bokor division can also be used for plant propagation. Some varieties grow so abundantly that they have to be thinned from year to year so as not to “suffocate” other plants. In order to collect the seeds, the plant should be allowed to bloom and form seeds that are collected for spring sowing. It is sown in March and April indoors, at a depth of about 1 cm, with a minimum temperature of 18 degrees for germination. It can be sown directly from April to May in the garden, but it will bloom a little later. The root system of the aster is very shallow and develops better at lower temperatures and with the presence of sufficient moisture. Therefore, it is recommended to transplant the seedlings in early spring when the heat has not yet set in.

Be the first to review “Callistephus chinensis HULK” Cancel reply 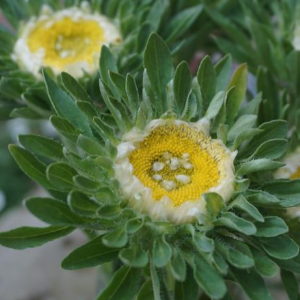